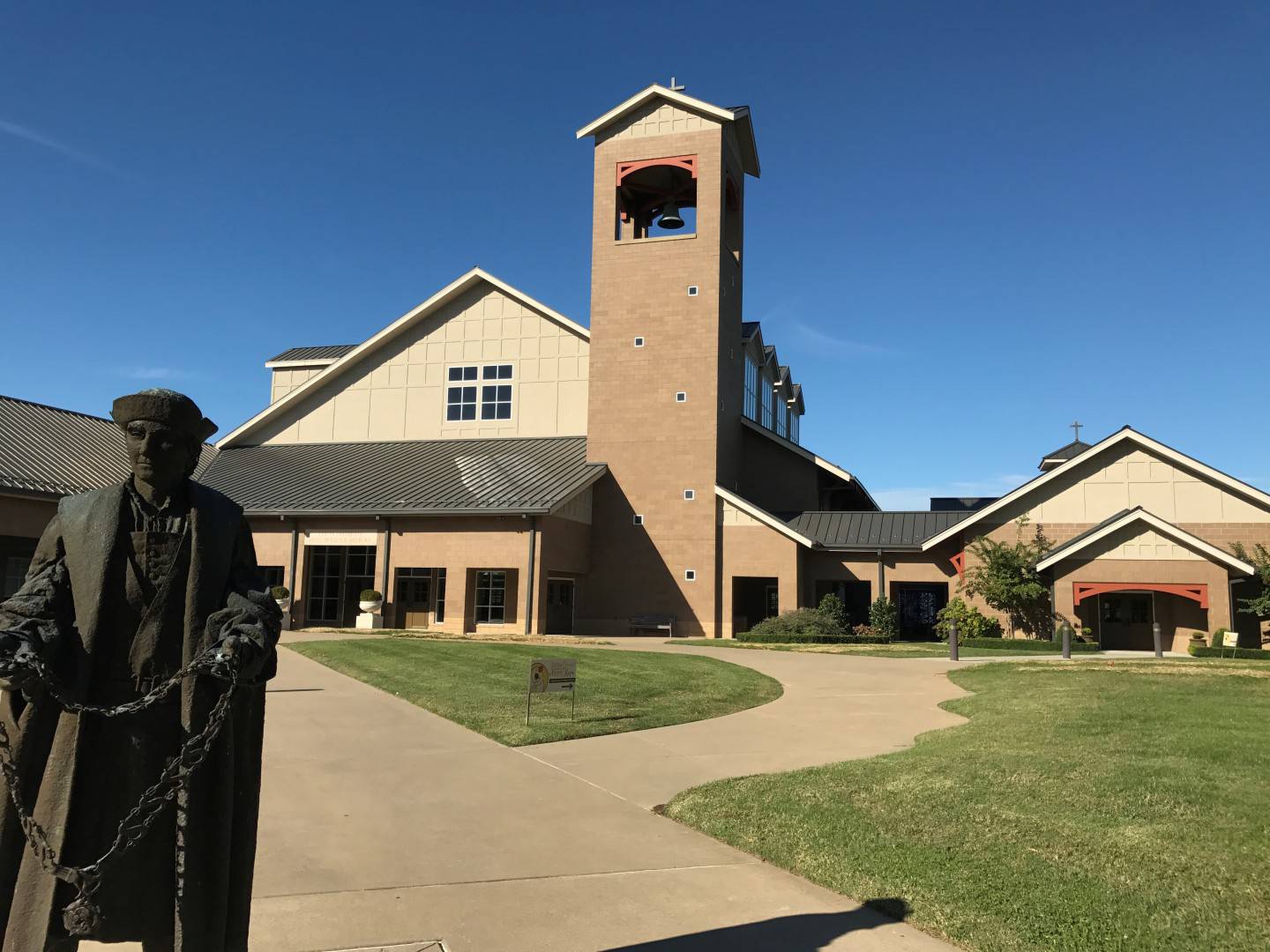 St. Thomas More Parish was established in 1943 after the mother church, St. Francis de Sales, became overcrowded. Shortage of building materials during World War II delayed completion of construction until 1948. At that time, the Most Reverend Francis R. Cotton, the first Bishop of Owensboro, blessed the temporary church structure which was intended to be an auditorium/gymnasium for the school when the actual church was built. This "temporary" building served St. Thomas More parish for 53 years.

1943 - The first bishop of the diocese of Owensboro, Most Reverend Francis R. Cotton, approved a second parish to serve the growing Catholic population. Rev. Charles Rudy Carrico was named pastor of St. Thomas More and planning was begun for a school, convent, and temporary church.

1948 - The buildings on Buckner Lane were completed. The "temporary" structure, intended to be an auditorium/gymnasium after the church was built, was used for the next 48 years as the worship space. The grade school, staffed by the Ursuline Sisters, later became part of St. Mary Elementary School.

2000 - The ReVision phase of the building program was completed with the dedication of the Parish Hall, office area, meeting rooms, and statue of St. Thomas More, crafted by the late artist Steve Shields.

2007 – The Parish Survey revealed the need for continued campus development due to steady growth and church activity.

2009 - The Feasibility Study revealed support for additional growth with the Eucharistic Chapel established as the priority.

2010 – The Rev. J. Patrick Reynolds, JCL led the EnVision the Future Campaign to build a Eucharistic Chapel, add to the Endowment Fund, renovate meeting rooms, and provide our "Fair Share Goal" for the diocesan capital campaign.

2011 – The Rev. J. Patrick Reynolds, JCL took the oath of fidelity as Vicar General of the Diocese of Owensboro. The Eucharistic/Daily chapel construction began allowing the Tabernacle to be visible from the sanctuary.

2012 – Bishop William Medley, concelebrated the Blessing of the Works of Mercy Chapel with Fr. J. Patrick Reynolds and Fr. Ryan Harpole on June 23, 2012. Perpetual Eucharistic Adoration begins in the chapel and continues today.

The Bishops of the Diocese of Owensboro: